When a teen finds an activity that they enjoy and they are good at, it builds self-esteem

School shootings, bullying and the lack of strong social attachment are some of the growing problems among teens within our society. When a teen feels rejected, isolated and alone, problems begin to arise. Many younger people may move towards becoming more introverted or participating in high-risk behaviors beginning in middle school and beyond.

When a teen finds an activity that they enjoy and they are good at, it builds self-esteem. Participating in extra-curricular activities is one of the best ways for a teen to make friendships with others that share their interest.

A successful youth incentives program should build character by setting a direction for the teen’s future. Motivating a teen to make the effort to seek out an interesting school or community based out-of-school program is the biggest obstacle to overcome.

Here is where an incentives program makes the difference between success or failure.  An incentives program is most effective when it is applied toward enticing teens to initially explore a new opportunity, promoting their ongoing attendance and making them feel invested in the program.

Connect With a New Future Reality

Out of school programs that focus on developing leadership skills, internships and other job preparation activities address an individual teens and the community’s need to cope with our rapidly changing environment. 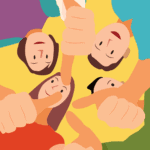 Instead of feeling isolated and alone, participating in out-of-school activities builds friendships with others who share interest

This need is documented in a report by the American Medical Association (AMA), which states:“ For the first time in the history of the country, young people are less healthy and less prepared to take their places in society than their parents. Moreover, this is happening at a time when our society is more complex, more challenging and more competitive than ever before”

“Establishing a connection between frequent participation and a ‘brighter future’ is a critical first step to recruiting and engaging youth in Out-of-School programs. Specifically, programs should make connections between participation in the program and possible program outcomes, such as better educational and employment opportunities” as prescribed in the Harvard Family Research Project on sustaining out-of-school programs.

Child Trends Research has identified the following top incentives to motivate and reward youth to participate in out-of-school time programs: Teens participating in the National Mentoring Partnership ranked financial incentives in the form of cash, gift cards, school store coupons and stipends as their top incentive to promote attendance in out-of-school programs.

Food, such as a Pizza party or picnic is great for attracting groups of friends.

Prizes modeled around the interest of the out-of-school program are great motivators. Here sponsors may distribute promotional products that serve an immediate need, as they also begin to build a life-long brand relationship.

Special Field Trips encourage attendance, build friendships and should be focused on the program’s outcome, such as leadership or job preparation.

Incentives Move Our Youth Towards A Bright Future

Creativity in applying incentives for out-of school programs is effectively being used to tailor the group and program outcome. Often the group is asked to participate in the programs objectives and identify incentives that motivate them, based on some pre-established parameters.

For example, a unique format was developed for a leadership program where participants were provided a specific dollar amount after completing each segment of a youth leadership development program. The incentive dollars were accumulated in a collage savings account to grow with each teen’s continued participation. Sponsorships are often great partners in youth incentive programs. Teens preparing for a future within a specific industry or looking for practical business experience benefit from working with a sponsor organization as a mentor. The same principle applies to civic or community based organizations.

Incentives should be used primarily to get attention to attract participation, and reward achievement. The right balance of incentive award and skill building activity should be struck so that participants don’t rely on incentives alone to motivate participation.

High performing Out-of-School programs can create an environment in which young people flourish. Partners who invest in incentive programs that drive teens to excel, are investing in our shared future and building long-lasting relationships that could change a teen’s destiny.

According to Jean M Twenge, Professor of Psychology at San Diego State University, teens have become more isolated and unhappy since 2012, the year when the population of Americans who owned a Smartphone reached 50%. Her study uncovered that the more screen time a teen had, the more likely they were to become depressed. In her book about iGen connectedness she states:

“The arrival of the smartphone has radically changed every aspect of teenagers’ lives, from the nature of their social interactions to their mental health. These changes have affected young people in every corner of the nation and in every type of household. The trends appear among teens poor and rich; of every ethnic background; in cities, suburbs, and small towns.”

Her findings are disturbing. She also notes that many children are swiping a tablet or other device before they have learned to walk.

As we struggle with the advantages and disadvantages of technology, there are some bright spots on the horizon.

Using technology, in the form of apps, for positive reinforcement in the important development years.

For children 4 and up there are great apps such as the Behavior World  and Learn & Earn that allows parents and teachers to customize reward charts to appear like a video game to reward specific behaviors. There is a list of behavior issues to chose from to get a child into earning rewards for positive activities. The app may be used for an individual child or a group behavior reinforcement program, building engagement through screen time activities.

Class Hero is an app developed for grades pre K through fourth to engage in math problem solving. Teaches and parents set up math problems and kids practice, increase knowledge and earn badges for achievement in a game like setting.

For students 13 and up, an app called Kudzoo rewards Kudzoo Cash for earning good grades and other related activities. Kids download their report card and receive cash for many things such as improving Grade Point Average, getting A’s and B’s, participating in answering educational trivia, entering attendance and more.

Reward apps may be a way to combine community engagement with positive learning and development experiences.

If today’s youth are going to be on social media, it may be important to use what we know about social media engagement and rewards to direct their positive growth and development.