In recent years a substantial increase in recognizable brands supporting the LGBTQ community in their marketing efforts has surfaced. Just a few short years ago the only LGBTQ promotions would have been a sponsorship of a PRIDE event. Inclusion in mainstream advertising was sparse. Today, Corporate America has more than embraced the LGBTQ community as individuals are increasingly more open about their orientation.

Some of the renewed acceptance is due in part to the Supreme Court’s landmark decision in June 2015 in favor of marriage equality.

Consumers have a More Liberal Attitude Many corporations are embracing full diversity within their ranks, promoting non-discrimination polices and equal benefits for same-sex couples. As well as promoting LGBTQ inclusion in their marketing efforts. This heightened diversity agenda is not only for the sake of their employees. Many companies are aware that their consumers have developed a more liberal social attitude, especially their younger consumers.

As a matter of fact, the HRC’s (Human Rights Campaign) Corporate Equality Index rating for 2017  indicated that 887 of the nation’s largest businesses demonstrated a commitment to equality and inclusion.

Promoting to the LGBTQ Community Increasing

As the country has become more embracing of the LGBTQ community, more LGBTQ promotions are being developed by companies.  However, some companies needed a little “push” to recognize the need to change.

In 2013 Guido Barilla, Chairman of the Italian pasta company, commented on a radio program that he preferred to feature “traditional” families in his advertising. The backlash was immediate and to their credit, Barilla responded quickly. Within weeks their campaign included same-sex couples. In addition, they appointed their first Chief Diversity Officer and began a campaign to heighten awareness among their customers about LGBTQ inclusivity. Other companies have gone even further to support the LGBTQ community and raise awareness. For example, in 2015, Frito-Lay developed rainbow-colored Doritos. They were distributed at the Dallas Pride festival and were mailed to individuals that had donated at least $10 to the “It Gets Better Project”. The project offers help to bullied LGBTQ youth.

Gender Equality and Acceptance in Promotions

So, in addition to helping end discrimination and to promote fairness and equality for all, promoting to the LGBTQ community makes good business sense.

Of course it’s difficult to determine the true size and scope of the market since most research relies on respondents that are openly gay. But recent findings by Simmons Market Research Bureau showed a brand loyal demographic. In addition, gay consumers are two times more likely to own a vacation home and and have more disposable income.

LGBTQ is Another Market Segment

Marketing and advertising to LGBTQ individuals is approached the same way you would target any specific consumer group. It is a market segment like the multi-faceted Hispanic and African-American communities. Each is different and unique. And when developing programs companies need to connect on various levels like culture, interests and passions and how their product or service satisfies a need.

There are specific events all over the world geared toward LGBTQ communities, including: 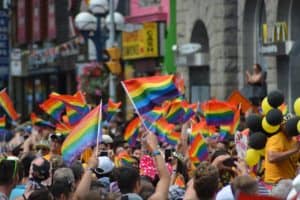 There are LGBTQ events all over the world regularly

Many companies are not just marketing “to” the LGBTQ community in targeted media but are being more inclusive of and making LGBTQ consumers more visible in their general marketing efforts.

Not a Risk to Reflect Diversity

One quote that stood out recently was stated by Laura Ward, deputy head of marketing for Channel 4 (In the United Kingdom), “it is not a risk to reflect diversity in marketing, it’s a risk not to.” 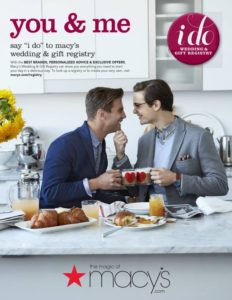 And for many that’s true. Some examples:

One way to be truly successful companies in promoting to the LGBTQ community is to get more involved at the segment level. As mentioned previously, those that are most successful in targeting this and other market segments are supportive at all levels. Maintaining full support for LGBTQ individuals with excellent workplace policies is the starting point. And then basically walking the walk in all that the company does.

Keep in mind that there are people that will rebel against inclusive efforts. There are always going to be “haters”. Just note that those few angry voices are not representative of current public sentiment. Based on recent research, the positive reactions substantially outweigh the negative. And besides, it’s the right thing to do. 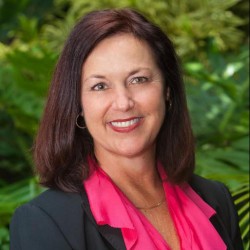 Danette brings more than 30 years of experience developing advertising campaigns, direct marketing programs and sales promotions to her clients. Prior to starting her companies, she worked for New York advertising agencies including Saatchi & Saatchi & Lowe Marschalk.