Why Is Integrity Important In Marketing (Integrity Effects Every Product)

Integrity includes many values. Among them are truth, accuracy and logic.

As a consumer, have you ever purchased a product that didn’t perform as promised, been price gouged, or been manipulated by a less-than-truthful promotion. Think how that made you feel. Did you ever make a purchase from that company again?

In the fast-paced, competitive world of product development and marketing, honesty and integrity can ultimately decide the difference between product success and failure. Throughout our careers, there will come times when one must ask the question: what does integrity mean to me?

What Is Integrity To You

The meaning of integrity is clear. It’s being truthful and honest.

However, we all come from different backgrounds, cultures and situations. What may be truth for you, may be different for your supervisor, client or the organization you work for. 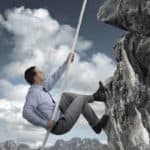 Integrity takes courage, it is who you are. Don’t compromise it.

How do you approach a situation when you are expected to compromise your personal integrity?

The dilemma of ‘what is true’ in a business situation is usually not a result of an outright deception. It’s not always black or white. It may be gradual change in an organization, a product or in customer needs.

For example, new management takes over an organization’s operation and profit takes precedence over customer needs. Corners get cut, ingredients or services change. Suddenly you are faced with the dilemma that your employer is potentially harming the consumer. If you step-up and express your concerns, you risk being fired.

Here is a real life example that have some great lessons about when one’s integrity is tested.

Tyler Schultz Stands Up To The Theranos Lie

Tyler Shultz, a young man in his mid-twenties, was employed by the revolutionary blood test kit developer company, Theranos.

The company had touted its product to investors and raised significant funds.  Wall Street valued the company at nine billion dollars! The famed CEO was touted as the next Steve Jobs, except she didn’t put the customer first

The CEO and Founder, Elizabeth Holmes, was called the next Steve Jobs. The investment world was impressed with the brand’s promise to provide a simplified blood testing kit that saved costs over in-lab tests.

The problem Schultz identified was that the testing for the product was falsified. The hype around the product was not true. People using the blood test had serious diseases that went undiagnosed.

Should the product launch to a wider audience, many people would potentially die. The management team secretly decided that the lie and the profit promised to investors were more important than people’s lives.

In their defense, the management team believed in their concept and they were continuing to work on improving the product until it delivered on its promise.. They got caught up in believing their own lie.

Unlike you and I, Mr. Schultz was connected. His grandfather was on the Board of Directors for the company. This grandfather was also the former Secretary of State under Ronald Reagan. Because of the relationship Tyler was shown some consideration, but not much.

Despite the family relationship,Tyler stood by his integrity and exposed the company for the lie it promoted. It took great courage. It cost his family legal fees of four-hundred thousand. He found meaning in integrity.

The Theranos story is outrageous, however parts of the situation are happening in organizations all over the world.

1. Believing in the shared lie: The first stop-gap measure was when the product didn’t pass qualifying tests. The team should have gone back to the drawing board. Instead, they bypassed logic, because they had begun promoting their hypothesis as truth. They were in too deep. In their confined little, world business teams may come to believe things that are not accurate

In reality, they began believing their own lies. They believed they were onto something big and pressed on.

If you ever worked for a small business, or started as a new employee in an established business, you may have experienced this occurrence. Whatever happened over time in their confined little world, the team may come to believe that the premise they were working under was correct. You may have information that proves otherwise. When you introduce the new information, you may initially face ridicule, or worse.

This has happened to me several times. Technology had advanced or the people working in a department hadn’t kept up their training are examples. The things they were doing were hurting the organization, the bottom line and ultimately the customer.

The term ‘if you know something, say something’ is as true in business as it is in national security. If you are right, and the company wants to do the right thing, then the team will adapt and you will be appreciated.

A famous concept shared by great change leaders such as Gandhi and Dr. King addresses what happens in this situation. First they laugh, then they fight, then you win.

2. Profit over quality:  Theranos came up with a great concept for low-cost blood testing. Investor money came rolling in and the organization was rich and successful. When the desire for wealth and high-profit exceeds quality, who is watching over the customer?

The fact that the product did not meet their own specifications was secondary.

Unfortunately some form of this scenario happens all the time.

Consider the food industry. When a product is in the mature stage customer growth slows and other measures have to be taken to keep profits level high.

High fructose corn syrup (HFCS) is cheaper than sugar.  It is included in many processed foods to reduce costs and increase profits.

We now know that the substitute increases triglycerides, blood pressure and inflammation markers. In effect, food with HFCS is slowly killing its customer base. Yet, management teams continue to use it with little regard for the consumer.

Fortunately, consumers have used their purchase power to hold companies accountable and improve product integrity. Brands such as Yoplait and Kraft have headed the call and removed HFCS. Their increase in market share among conscientious consumers have made up for the hit they took in profit from eliminating the low-cost substitute. These brands showed integrity and it made a difference. Don’t believe the BUZZ, mutual respect, truth and honesty are the basis for building a relationship

They cut deals with major partners the likes of Walgreens and the Cleveland Clinic. They were able to get press in the financial, healthcare and technology sector. They came up with a great story and everyone bought into it.

Lesson learned, when entering into a partnership do your due diligence, Don’t assume the other party has integrity. Mutual respect, truth and honesty are the basis for building a relationship.