How a Brand Used Sales Promotion To Increase Global Sales The Adidas Brand used sales promotion to increase global sales and marketing to become the fastest growing brand of 2017. 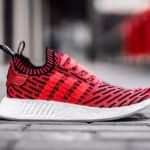 This information was published in a comprehensive BrandZ Global Brand report that surprised the industry.

By taking non-traditional media techniques to new levels to launch their latest NMD Trainer model, Adidas experienced an amazing 58% surge in brand value.  In fact, David Greenfield, Adidas Global Head of Marketing, has confirmed the recent launch of their NMD model was 100% focused on social media.

A unique combination of endorsements, events and the in-depth use of dark social media reinvigorated the established brand in a highly competitive field. BrandZ is the largest brand equity platform and their list of Global Top 100 Most Valuable Brands is published annually in the world’s top financial media outlets.  While Adidas did not appear on the top 100 list, BrandZ also identifies valuation rankings to uncover emerging global trends and high-potential brands. Here is where the Adidas Brand rose to the top of the brand valuation growth spectrum.

It All Begins With A Great Product

Two years ago Adidas launched the totally new NMD model using technology from their running and basketball brands of the past. Positioned within the Adidas Originals product line, the NMD Is  a functional shoe designed for daily use.

By combining modern tech, comfort and an incredible cool factor it became the shoe every kid wanted.

Building upon Adidas’ successful collaboration with Kanye West to create the Yeezy Boot, the new product had a leg up on the competition from this brand awareness strategy. The combination of celebrity endorsement, Mr. West’s unique style of promotion for the brand, along with a superior product design made for sell out conditions.

Redesigned for 2017, NMD product marketing moved from traditional media to a strategy of integrating a fresh, modern, inclusive and personable brand message entirely through social media.

Following the success of the Kanye West collaboration, Adidas continued working with stars the likes of Pharrell the American song writer/singer/rapper to produce the Superstar line. Pusha T, an American Rapper, also collaborated on a limited supply line of shoes. All of these celebrities have a huge social media following. Through their Twitter accounts, and other avenues, their followers experienced the brand and wanted one for themselves.

The buzz through light social media was impressive for Adidas, but it was their use of dark social media that fueled Adidas’ success. According to BrandZ, Adidas increase sales by 16% and net profits by 33% for the first quarter of 2017. The connections, endorsements and use of exclusive announcements and fan opportunities made the difference and set the brand apart from the competitive set.

Light social media is what we are all typically accustomed to. We see a post on Facebook and click on the share button to send it to our friends. This has become easy for brands to measure and its become an important tool for building social media awareness

Dark social media is not the nefarious activity it sounds like. It’s sharing content through a third party private channel. Text messages, email and messaging apps are examples. According to Adidas’ Director of Global Communications “70% of global brand referrals are from dark social, not twitter or Facebook.” The use of the internet to market your message has changed. It has long been established that a referral from a friend is the most acted upon activity.

Using the name of the first soccer ball released by Adidas, The Tango, they created the Tango Squad concept. The squads are communities of what Adidas identified as ‘hyper-connected’ 16 to 19 year old soccer obsessed influencers located in 15 key cities around the world. Acting as a sort of unknowing international sales team, the influencers spread the word virally. Operating on messaging apps, Facebook Messenger, and WhatsApp Live they sent word out to groups of approximately 500 followers each. The Squads were the first to preview new products, new celebrity endorsements and they had the opportunity to participate in experiences, such as meeting soccer stars and taking pictures with them, which they shared on social media.

According to Adidas Global Director of communications, dark media is not used to sell products, instead it’s about building a relationship, maintaining the relationship and making sure there is something there for both parties.

Converting marketing research into a dark media strategy is risky. Many brands are not able to measure, manage and capture the traffic generated by dark social media. In lieu of traditional measurement techniques, Adidas relied on data from local teams of managers who measure the communities by what they report back to them

The Adidas strategy created a new way to produce content and speak directly to their community, without the safety net of a pre-set, pre-determined agenda.

Apparently it paid off.

The Changing Environment For Global Brands

Peter Walshe, from BrandZ states: “This is a great lesson for more traditional brands… The whole point of innovation and brand purpose is that it’s got to be perceived by the relevant consumers in order to exist.”

Nike has achieved the 34th top global brand on the BrandZ list. Nike is tremendously larger than Adidas with profits and revenues far exceeding the Adidas brand. However, when it comes to growth, Nike has experienced slower growth than Adidas recently.

As a result, Nike has become more focused and has slashed the number of styles it produces by 25%. The brand is driving digital growth by focusing on consumers in 12 key cities, which Nike believes represents 80% of their growth by 2020.

As consumer shift towards brand relationships that consider their values, focusing on the customer, not the company is becoming more relevant. Success is derived from the relationships you create and the products you produce to enhance the consumer’s experience. Promotions are becoming more important in this new marketing environment.